Emery and Sydni had been waiting for years to adopt their 2-year-old daughter but didn’t know if that day would ever happen. Paperwork glitches delayed the adoption further. But once everything was in place, the ceremony itself was over in less than 20 minutes.

The couple never planned to adopt. When they saw a flyer on foster care, they attended the session and found that they met the requirements. Both were in school and living in a one-bedroom apartment. Qualification requirements included obtaining certification in first aid and taking classes on parenting and CPR. They fostered their first child in December 2015 and have fostered nine children since then. Some only stayed for a weekend, others for months. Their new daughter came to them in May 2016 after her biological mom died.

As a transgender, Emery was interested in working with other teens that faced similar issues. He wanted to offer that support to those in the same position.

Although other transgendered individuals have adopted, he is the first to publically come out about his sexual identity. He believes it’s important to speak out to encourage other LGBTQ individuals to follow in his steps. If his visibility can encourage others, than he wants to do that.

The fostering agency, Devereux in Tucson, Arizona, obtained recognition for their support of LGBTQ rights. Emery says that his sexual identity doesn’t matter to children. They just need a safe place to live.

Emery’s partner, Sydni, originally never planned to adopt any foster children. However, when their daughter arrived, she believed right away that they would adopt her. Once the biological father’s rights were severed, the pair decided to pursue adoption.

At the age of 1, the little girl had already been in four homes and could not talk. She is working with a therapist to practice speaking and receiving lots of home support from Sydni and Emery.

Even under the best of circumstances, the path to adoption can be fraught with challenges. For LGBTQ couples, these difficulties can escalate. Fortunately, seasoned family attorneys can help you navigate the legal aspects of adoption. Contact us today for help.

COVID-19 has sprung up like a vicious weed garden, leaving the nation and the world… 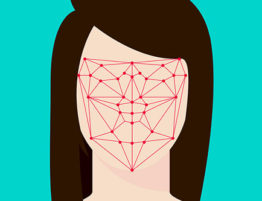 As our society hurdles deeper into the age of an Orwellian surveillance state, it is…

Who says good work must take time? An Orange County city saw one of the…