It’s not easy being an immigrant in this country.

Under the current presidency, immigration laws have been unrelenting, and immigrants have been thrown into detention facilities, suddenly torn from their families, suffered neglectful conditions with horrific consequences, and consequently have experienced immense setbacks and losses.

Now, without any warning, let’s add a worldwide pandemic to this scene.

Does it paint a picture? Even before this worldwide health crisis, the reality for immigrants in our country was a terrifying sight. Now detention facilities with a host of immigrants are struggling to keep detainees and staff alike, safe and protected from the coronavirus.

“It was a broken system already, and unfortunately, ICE has not been responding with urgency.”

Katherine Hawkins of Project on Government Oversight, or POGO in Washington, D.C. criticizes Immigration and Customs Enforcement, and rightfully so after their investigation of Carlos Mejia-Bonilla, a Salvadoran man detained at Hudson County Jail during 2017, revealed his cause of death to be a result of negligence in providing him proper healthcare on their part.

Currently only 705 detainees in ICE facilities have been tested for COVID-19 out of a total 30,000. Out of those 705 tested, 425 have tested positive for the virus. The situation is dire for those involved. According to health professionals, these facilities were in bad standing to begin with, and now with the coronavirus running amok, everyone in these facilities are in jeopardy. One doctor who had seen these facilities firsthand, elicits deep concern over their abilities to keep these people safe.

“They’re held in very crowded conditions in a setting that is designed for control, but certainly not for hygiene or to prevent transmission of an infectious disease,” states Dr. Nathaniel Kratz, who is an instructor at Columbia University and a physician at New York-Presbyterian Hospital. “I can also speak to the substandard levels of medical care and attention that they received there,” he said, which was “deeply concerning given the current crisis.”

At LaSalle Detention Facility in Louisiana, another man named Roy Rayson had died in 2017 under the care of ICE. After an investigation was performed by POGO, results concluded that this again was another case of negligence on the part of ICE members. This again was long before the coronavirus pandemic was in place, and although the facility stated that they have been taking the proper precautions to mitigate the spread of the virus, there is still apprehension that ICE members are not administering adequate attention to its detainees.

“What we’ve seen overall in these facilities….is a serious and worsening condition for what folks are facing…and that’s denial of medical care, overcrowding, a refusal of basic health-related needs.” exhorts Amber Khan, the director of health justice at New York Lawyers for the Public Interest.

However the GEO Group, which operates the LaSalle facility, denies that there is a severe outbreak and says they are providing adequate masks and hygiene opportunities to detainees.

“We take our responsibility to ensure the health and safety of all those in our care and our employees with the utmost seriousness,” sais GEO spokesman in a statement, “and we reject efforts by outside groups to advance politically-motivated agendas in the face of the unprecedented health crisis facing our country.”

GEO asserts that employees who have tested positive for the coronavirus are self-quarantining, and that the LaSalle facility even operates an “airborne infection isolation room”. Still, some immigrant advocates seem to be hearing a different side of the story. One attorney, Laura Murchie, represents clients at the LaSalle facility and her concerns color a very different narrative.

“People are terrified…They see people with various COVID symptoms — coughing, fever, chills.” retorts Laura, “I’ve heard from plenty of clients that for any issue that they have, they just give you ibuprofen. And if it’s not working, they just give you more. They’re truly endangering people’s lives.”

It’s a grim scene, but one we’re left to contemplate while the pandemic ensues. And with so many voices crying out at once, it’s easy to overlook those who can’t speak for themselves.

How many lives can a word save? That’s the question on California lawmakers minds, as…

February 13, 2018 After the release of a video from a bystander, a veteran officer… 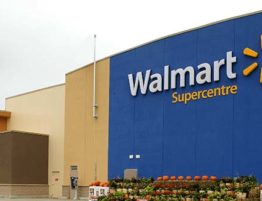