The question of ‘Do I Need a Lawyer‘ can’t be answered completely without also asking when not to get a lawyer. These are some specific examples of when you should walk away from pursuing legal action.

Will it damage your future professional prospects?

Have you been fired from a job without good cause or after a short amount of time? If an employer fired you just prior to your stock options vesting or retirement, then you have a good reason to pursue legal action. With that said, you’ll generally want to avoid getting into legal disputes with past employers without exceptional cause. The reason is that the remnants of such could come back to haunt you in your pursuits of future employment. 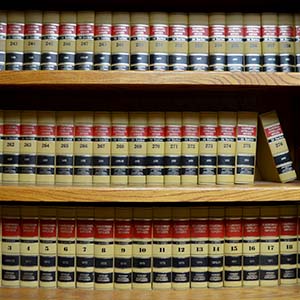 If you were a business owner, would you hire someone who had sued their last employer? Maybe, but it would only be after hefty consideration of both the candidate and the circumstances of the lawsuit. Ask yourself if you actually stand to gain as much from the lawsuit as you stand to jeopardize.

Will it damage your relationships?

Is the possibility of losing the people you care about worth the advantages of legal pursuit? If you’re considering taking legal action against a family member, friend or neighbor, then you’re at high risk of ruining the future relationship with that particular person. If the issue is large enough to be intolerable, then before taking legal action consider other avenues for resolution (e.g. group therapy or third-party mediation). No one wants to make enemies, especially if they’re living next door.

Is it a matter of principle?

In general, legal battles tend to categorically exclude themselves from “matters of principle”. Revenge-at-any-cost might sound like a good idea in the beginning, but once you actually start paying legal fees you’ll probably change your mind. In the end, everyone but the lawyers themselves tend to lose in these cases. A good and honest lawyer will advise you against them.

Is the issue benign?

What is the actual repercussions at hand? In matters of public slander, seldom is legal pursuit necessary or advisable. Often the bad press you might be receiving is better than the no press you had been receiving. As the English say, keep calm and carry on. Move on with your life, and the press will move onto the next target.