A billionaire and his legion of supporters has decided he knows best for California when it comes to political and economic boundaries.

By using nearly $5 million of his personal finances, Tim Draper has riled up enough support to bring the six state division to ballot in 2016, allowing Californians to decide if we have too much California going for us.

The proposal is outlined across the internet, though the website dedicated to the proposal (www.sixcalifornias.info) was inaccessible from my systems (possibly down from the sudden surge in traffic). However, the breakdown of each new proposed state is as follows: 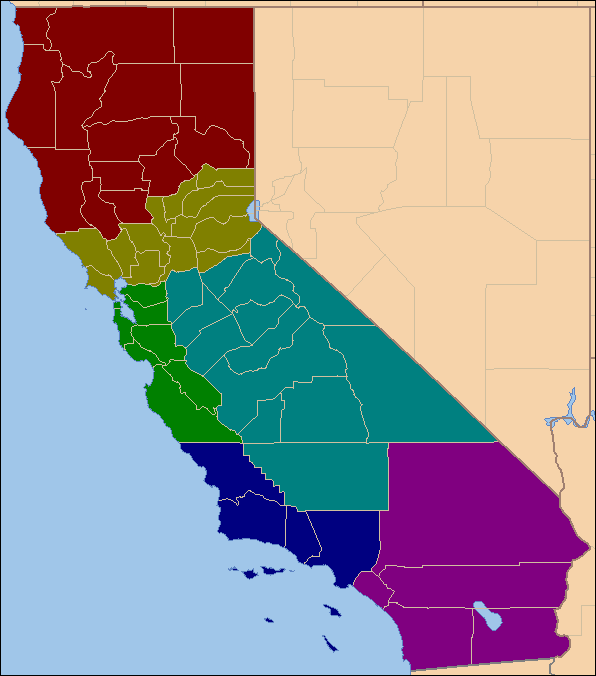 Of course, a large driving force of this proposition is that it will help to appease the great political divisions which run throughout the state. Additionally, it will allow the state governments to focus on the issues most relevant to them.

Sounds great, right? Well, it isn’t so simple. Aside from the logistical issues (adding senators to Congress, adding stars to our flag, building new state capital buildings/institutions, etc) there are also some problems that possibly many aren’t considering.

If one day a state that was one now becomes six, how do they begin operating? How does water become divided between states (a problem that was once dealt with by the California legislature might need federal mediation)? What about the Constitutional concerns? Does a state have the right to divide itself spontaneously? Congress would need to approve this move, something that almost surely wouldn’t happen.

What about state-specific certifications, such as the State Bar of California for lawyers? This one is of particular concern to someone working in law, but surely there are hundreds of others which would be affected.

Additionally, if inequality is of any concern to you, this division would simultaneously create both the richest (Silicon Valley) and the poorest (Central California) states in the US.

In an interview, Tim Draper himself says that this inequality is irrelevant, because he finds that most “enthusiasm” over this proposition is coming from Central California and Jefferson. With that said, he offers no quantifiable measure of said “enthusiasm”, and even if it were the case that the majority in these proposed states supported the six state solution, it would be far from the first time that a population has voted against its own best interests.

The truth is that the inclusion of this six state California on the November ballot demands that attention is given to the proposal (something previously relegated to late night TV jokes). With that said, there is a slim to none chance that it would ever pass a statewide vote, and if it did that it would go on to pass in Congress.

John Rosenbaum is a Laguna Hills attorney practicing in Workers Compensation and Personal Injury among others. He has been serving Orange County for over 35 years, boasting a success rate of 99.8% and having collected over $50,000,000 for his clients.

When the justice system works in a fair manner, as it should, it’s a proud…