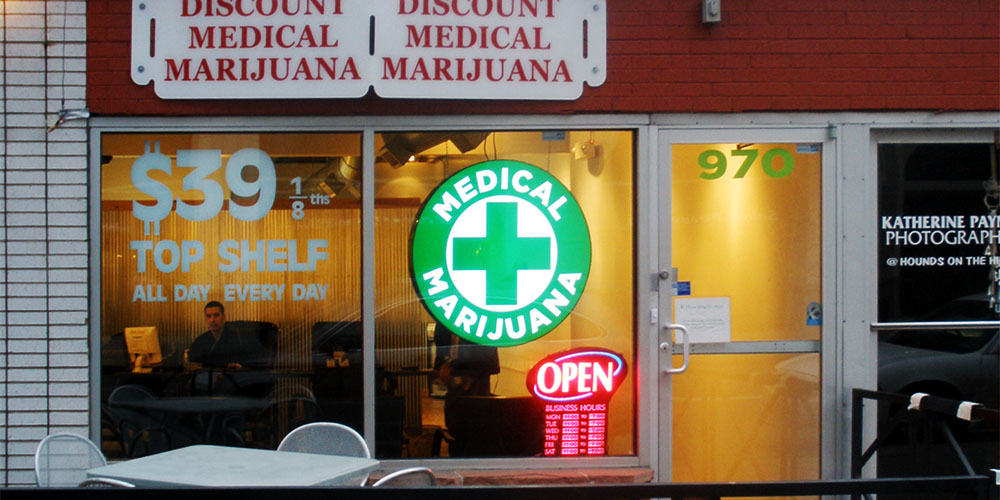 It’s hard to avoid talking about marijuana right now. This recent midterm brought legalized marijuana to two more states, Alaska and Oregon, along with the District of Columbia. That makes 4 states and our capitol who have accepted marijuana as a legal substance. It was nearly 5 states, but Florida’s vote failed by a mere 2% on a vote that required 60%.

Of course, all these state level laws are in stark contradiction to federal law which bans marijuana use nationwide – but President Obama has chosen to direct federal agents to matters more important than enforcing the criminalization of marijuana in states which have decided they don’t mind the stuff.

With two more states in the bag, marijuana legalization advocates are turning their attention back to California, a state which appeared poised to legalize the drug in 2010, though ultimately failed. And what an easy task it should be legalizing it here, right? One need not do more than take a stroll down Venice Beach to realize that marijuana is about as legal and available to the public as it could possibly be, without it being truly and openly legal and available.

The acquisition of a medical marijuana is card is said to take as little as $30, and the application somewhat of a joke – with your issuing medical official offering advice on the symptoms which you might have; symptoms which are of course cured by the miracles of marijuana.

But the general consensus regarding this seems to be ‘so what’. The public has been all but completely desensitized to the drug, and for good reason. With health dangers that pale in comparison to those of alcohol (behavioral dangers as well for that matter), most don’t see any reason the government should be telling the people not to use marijuana (fast food chains and Famous Amos cookies should likely be the strongest advocates of legalization).

So where’s the opposition in California? Well Conservatives are historically uncomfortable with it. But California is a Liberal majority – so the frightening truth to some Democrats is that it was their own party which  must have stood in the way of the bill passing.

It didn’t help that in the days, weeks and months leading up to the vote, US Attorney General Eric Holder (a Democrat), stated that the federal ban would be “vigorously enforced” if California decided to legalize it on a state level. In Holder’s defense, by 2012 he had changed his mind by way of abstention – saying nothing about subsequent (and successful) legalization efforts in Colorado, Washington, Alaska, Oregon and D.C.

So are we Californians ready for full legalization? We’ll just have to wait until 2016, now won’t we? But with the possibility of a Conservative president coming to a White House near you, it’s possible a state-level crackdown will be thwarted by some newly invigorated federal law enforcement hounds.

John Rosenbaum is an Orange County attorney who boasts unheard of success in the fields of Workers Compensation and Personal Injury. Winning 99.8% of his cases doesn’t come easy, but with over three decades of experience, John is prepared to stop at nothing to win. Find out what we can do for you by giving our offices a call at 949-586-6682 or sending us a message 24/7.

When the justice system works in a fair manner, as it should, it’s a proud…